Real Fairy Tales: The Fox and the Hound 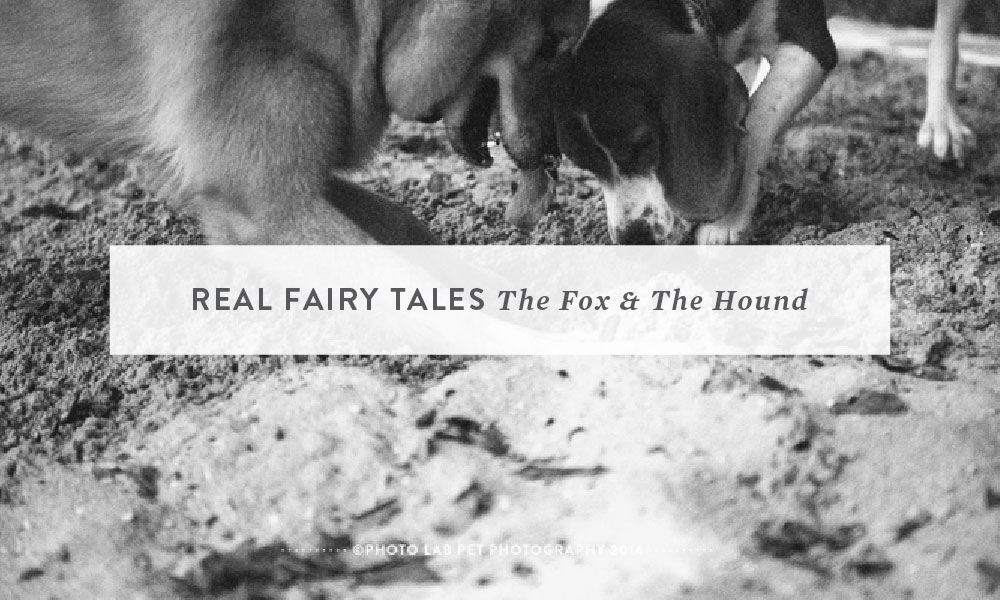 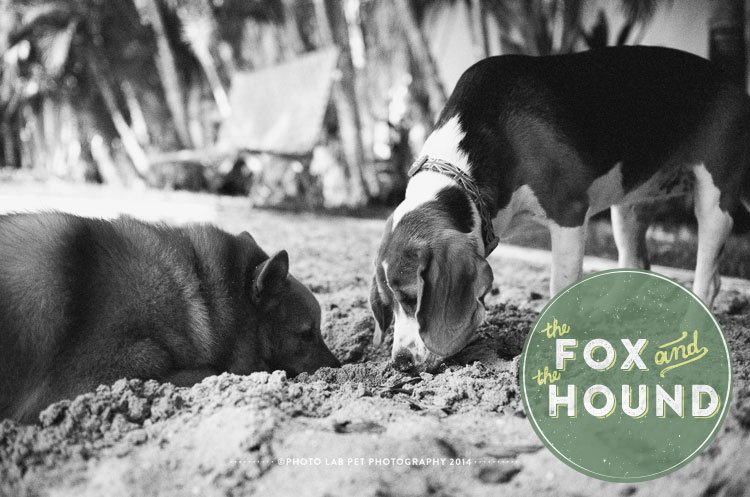 When I was little (and ahem… to this day), I would watch or read a fairy tale a day. Back before the days of whatever digital cartoons kids watch today, there were hand-painted classics. It is no secret that my favorites always included animals; one of them being Daniel P. Mannix’s The Fox and The Hound. 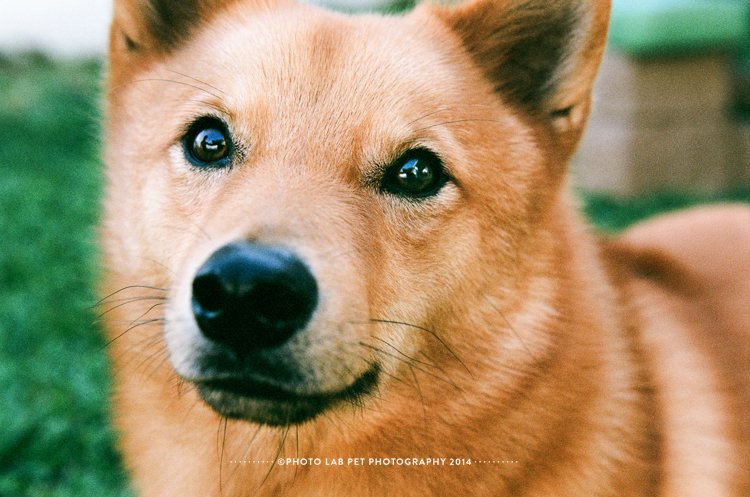 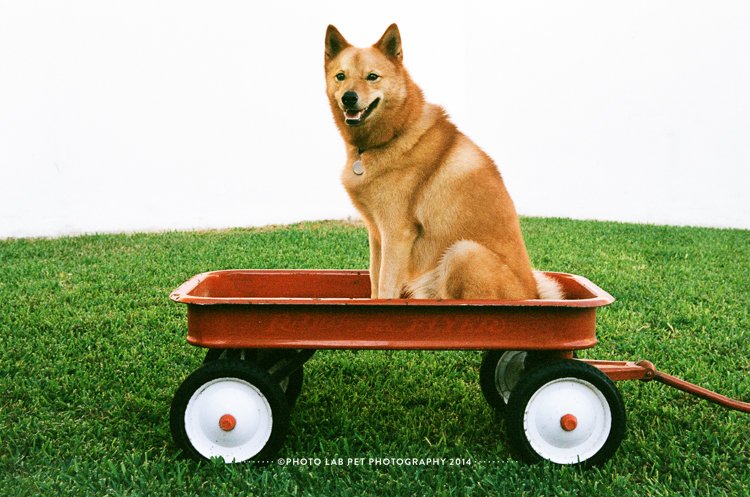 During a recent trip to see family in Merida, Yucatan (Mexico); I was very lucky to be around to witness a somewhat “real” version of this story. My parents have dog named Buddy, a Finnish Spitz full of personality. Buddy actually lived with us for a month in California, where we took him to puppy classes and introduced him to all the sights and sounds he would likely encounter in his new home. When I took Buddy down to Merida, I was prepared to miss him, but not to the extent I miss him all the time. He could not live a happier, and comfortable life. He is a caribbean dog now, who loves sand, long naps, playing with my nieces and nephews and chasing, barking at the local birds. I do think he misses having dog friends however. When he lived with us, he had Willow and Corbin, and when he moved to his new home, he had Bolillo, my brother’s dog, until he passed away last year. 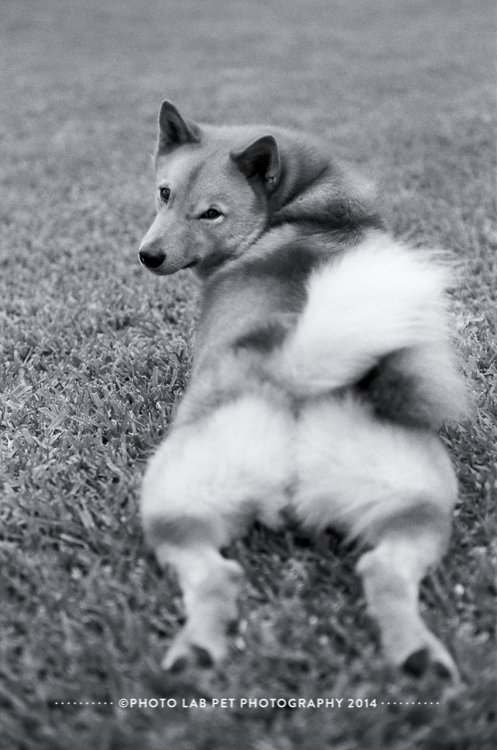 Enter Zoey, a young Beagle who has formed a strong friendship with our little fox, and who comes to look for him practically everyday at their doorstep. Buddy loves Zoey, it is obvious in the way they play and explore their tropical common grounds together. Zoey follows her nose looking for clues, while Buddy follows her around with a quizzical “What is more interesting than Me?!” look. 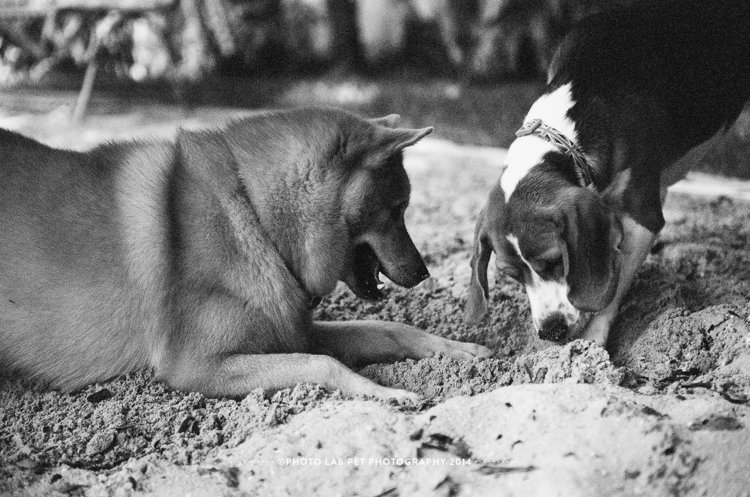 On the last morning of our visit, Zoey came to look for him, and my Dad and Buddy went outside to play. Bill quickly grabbed our camera, and careless of the very old and expired film in it, he set about to capture these moments for us so that we could share them with you. 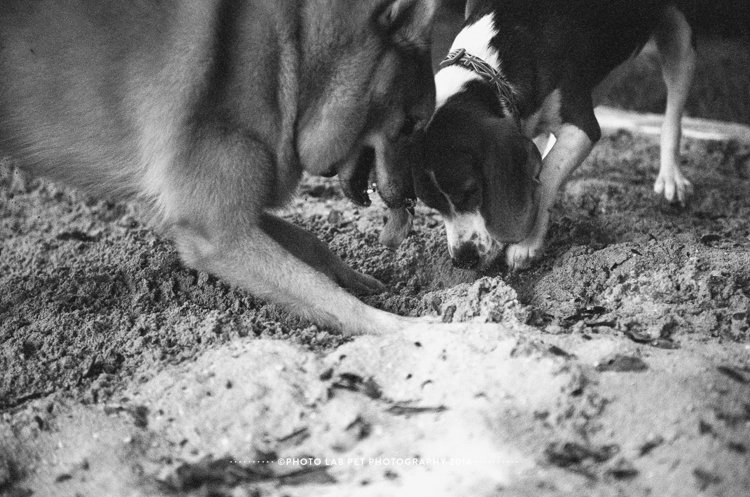 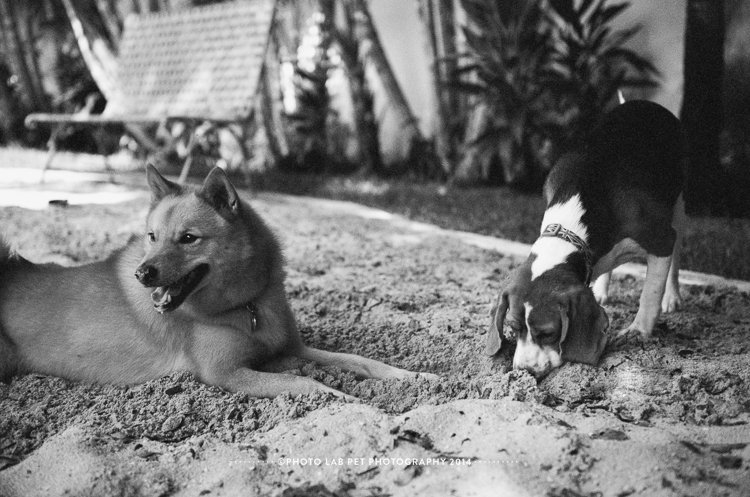 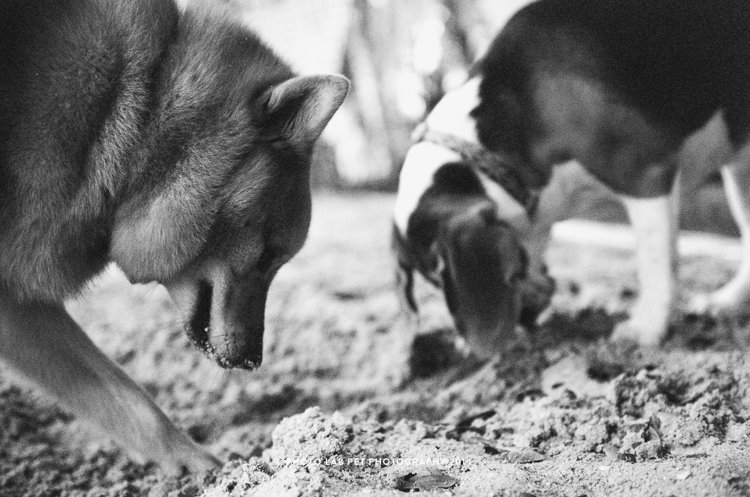 Good times, with great friends are always worth photographing, regardless of expired film, we never know when these moments will happen again. So grab your camera and go photograph life :).